CLASSICS HAVE NO TIME

“Created for those who seek a classic and timeless style.” 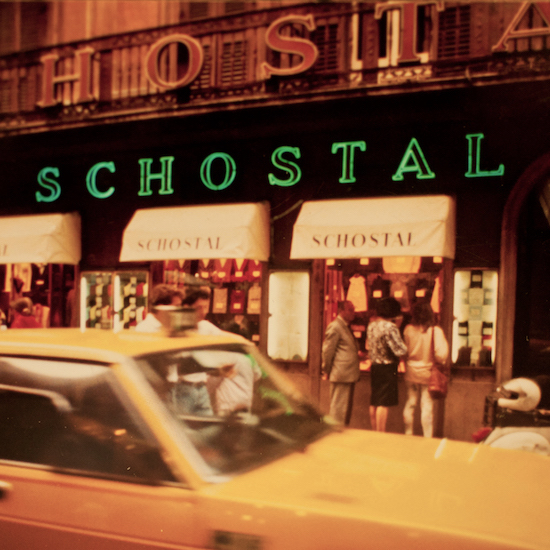 Schostal has been synonymous with premium fabrics and production techniques for over a century. It is this legacy of excellence that continues to inspire our work today, and that, from one generation to the next, has shaped us into the hallmark of classic Italian design we are today.

Schostal was founded by two Viennese brothers, Leopoldo and Guglielmo, who opened their first store in the heart of the city of Rome in 1870. They soon appointed Lazzaro Bloch, a close friend, as director. Lazzaro took over the business during World War I, leaving the brand name ‘Schostal’ unaltered.

‘Schostal’ – a word rooted in Jewish tradition, raised eyebrows during Mussolini’s dictatorship, particularly following the coming into force of a number of racial laws. Yet the Bloch family remained committed to its history.Lazzaro’s son, Giorgio Bloch, chose to retain the ‘Schostal’ sign on his storefront, declared that it was not a Jewish name, but rather an acronym for “Societé Commerciale Hongroise Objects Soie Toile Articles Lainage.”

Giorgio Bloch’s passion and determination did much to seal Schostal’s reputation for quality and win the loyalty of distinguished figures such as Luigi Pirandello, Alfredo Casella, and Sandro Pertini. Turning to today, we are the brand of choice of many other Italians of note, ranging from D’Amico, to Della Valle, Vanzina, Elkann, Montezemolo, Rutelli, and Giuseppe Conte.

We continue to follow the same principles that have defined us for 149 years, repaying, with each working day, our clients’ trust and support.